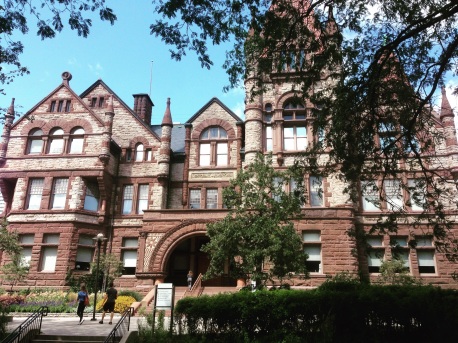 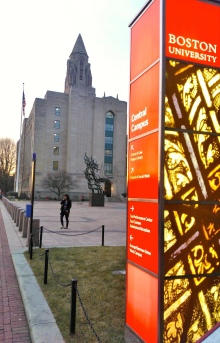 I am a Roy McMurtry Fellow in Legal History and a PhD candidate at the Institute for the History and Philosophy of Science & Technology at the University of Toronto. I was trained as a psychologist in Italy and the US. Before moving to Canada for my doctoral studies, I worked as a health promoter in reception centres for political refugees in the European Union and as a recruiter for a Dutch multinational firm. I have written about the procedures for involuntary detention in common law jurisdictions, the notion of deviance in statistics, and on the burden of stigma in mental health. As a doctoral candidate at the University of Toronto, I teach courses on the history of human sciences and medicine. My research has been supported by the Ontario Government, the Osgoode Law Society, the Centre for Addiction and Mental Health, and the American Historical Association.

Throughout my academic and professional career, I have been interested in the issue of “normality”. Its emergence as a scientific concern, its porous boundaries, and its controversial relationship with power. Having first studied the problem from a theoretical perspective, I am now exploring the social and legal sides of the topic. My dissertation focuses on the “medical certification of insanity”, a statutory procedure that regulated confinements into psychiatric institutions for more than a century in many common law jurisdictions. As a comparative medico-legal study, my research addresses some of the most delicate issues in contemporary health policy, including the production of social stigma, the nature of expertise, and the law medicine nexus in the determination of civil incapacity and mental disorder.

I am especially interested in how lunacy certificates produced stigmatized identities. These documents transformed family concerns into a social and political issues. Not only did personal examination expose intimate family dynamics to the public, but it also created a written record difficult to erase from bureaucracy and social memory. Certification could severely restrict life choices such as marriage, acquisition of property, and emigration. As the eugenic movement gained momentum, moreover, the onus of stigma extended to relatives and unborn children. Certification was the starting point for eugenic speculations about degeneration, permanent confinement, and in some cases, sterilization. Tracing the legacy of this provision can thus help us tackling some of the most pressing concerns in today’s health and disability rights.

I collaborate with the World Health Organization’s Mental Health and Human Rights Unit on the MiNDbank Project. I am an Editor of H-Madness.

In my free time, I enjoy long-distance running in Canada and Europe from -25° to 42°. I have been a Trail Running Society Ambassador since 2020. I also like playing guitar, in particular, Delta Blues style (in Open G), Boxing (Welter), and watching very long Movies (like There Will be Blood). It’s a century-old tradition at University of Padua to celebrate graduation with a sarcastic papyrus. Usually crafted by friends and family, it includes most embarrassing stories and pictures about the Laureato’s past. On graduation day, the papyrus is showcased in the city centre and the graduate reads aloud the entire text with consequent amusement of the public. 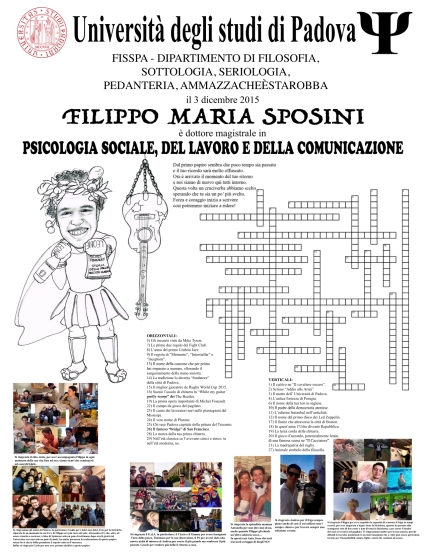 It’s a century-old tradition at University of Padua to celebrate graduation with a sarcastic papyrus. Usually crafted by friends and family, it includes most embarrassing stories and pictures about the Laureato’s past. On graduation day, the papyrus is showcased in the city centre and the graduate reads aloud the entire text with consequent amusement of the public.
Advertisement
Loading Comments...